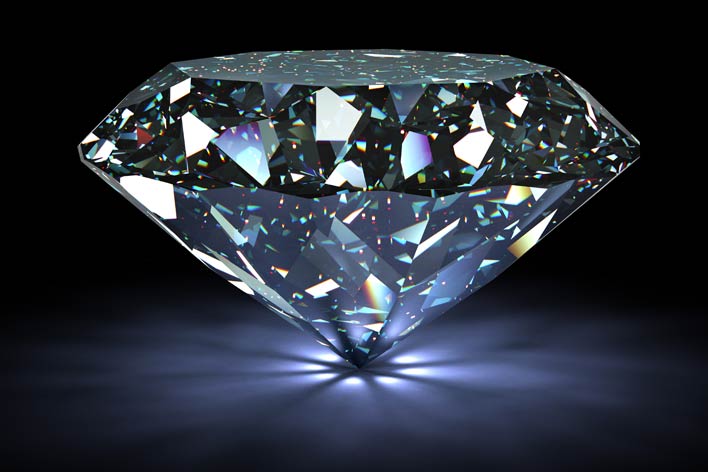 If you have a birthday this month you are probably well aware that your birthstone is one of the most valued gems Diamond. A Diamond is a solid form of carbon with a diamond cubic crystal structure. At room temperature and pressure it is metastable and graphite is the stable form, but diamond almost never converts to graphite. It has the highest hardness on Moh’s scale and this is why diamonds have often been used to cut metals hence where “diamond cut ” comes from.

When valuing a diamond we use four different categories, know as the 4Cs. These are

I am sure you all find all the different grading options confusing but that is why your local association of fine jewellers member is on hand to help. All our trained members and their staff are available to show you the many different options and explain clearly to you the different scales.

As diamonds last forever they have been synonyms with everlasting love. This is where the tradition of giving a diamond ring as an engagement ring came from. I am sure you are all familiar with the saying “A diamond is forever”

Diamonds are the birthstone for April and the anniversary stone for a 60th wedding anniversary  so if you have either to buy for this year call into your local jeweller from the Association to see their extensive collection of diamonds across their many jewellery lines.

Historic Farnese Blue diamond to be sold at auction

The diamond will be up for sale at Sotheby’s Magnificant Jewels and Noble Jewels auction in Geneva on May 15, after having remained in the same family for over three centuries.

The pear-shaped 6.16ct fancy blue stone was originally given to Queen Elisabeth Farnese of Spain as a wedding gift following her marriage to King Philip V in 1714. The stone has since been passed down through four royal families in Europe: Spain, France, Italy and Austria and was kept a closely guarded secret.

“It is difficult to put into words the excitement of holding between thumb and forefinger a gem discovered centuries ago, knowing it originated in the legendary Golconda diamond mines of India,” said David Bennett, chair of Sotheby’s international jewellery division. “This stone has witnessed 300 years of European history, and in colour is reminiscent of historic Golconda blue gems such as the Hope Diamond.”

The Farnese Blue will be exhibited at Sotheby’s in Hong Kong, London, New York, Signapore and Taipei, before coming to Geneva for the auction.